Ghostland is full of grainy black-and-white images that I took on my travels around the UK. As well as the 80 or so photos of mine that are included, I have a large number of others that didn’t make it into the final book. Some because there wasn’t room, others because the thing I intended to talk about ended up being edited out. Anyway, here’s a small selection of some of my favourites to welcome in 2020.

The Rothwell Bone Crypt – perhaps one of the most-impressive places that I visited. At some point I must write an article about my visit to one of, I believe, only two such sites in the UK.

The nave of Chaceley church.

I do include in the book a brief entry about my visit to the church at Chaceley in the Malvern Hills where Penda’s Fen was filmed, as well as a photo of the church organ that Stephen plays. While there I tried to recreate the scene where the floor of the nave cracks open. It didn’t, though I did liberate a flapping black devil from the church’s interior on my arrival.

The former Llanddewi Fach Rectory in which Arthur Machen grew up.

The Welsh writer Arthur Machen looms large in Ghostland. Although I describe my visit to the house in the hills above Newport where he spent his childhood, there wasn’t room for a photo. So here it is. Machen’s father inscribed his initials and the year at the base of the chimney.

A standing stone on the summit of Mynydd Llwyd – the Grey Hill.

Another Machen location from the book – one of the most atmospheric locations I visited during my research. Mynydd Llwyd – the Grey Hill, which put me in mind of his stories ‘The White People’ and ‘The Novel of the Black Seal’. 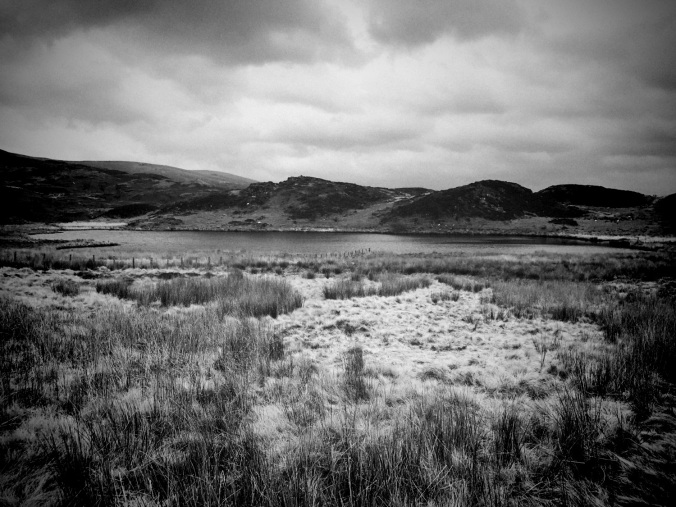 Llyn Bartog, the Bearded Lake. One of the locations from Susan Cooper’s ‘Silver on the Tree’.

The Bearded Lake. Soon after I took this a Red Kite quartered over the ridge behind me, followed by a pair of Ravens. This was another Welsh location that I loved, though in the end there just wasn’t room to talk much here about the two Susan Cooper novels, The Grey King and Silver on the Tree, which are set around Aberdyfi and Cader Idris. 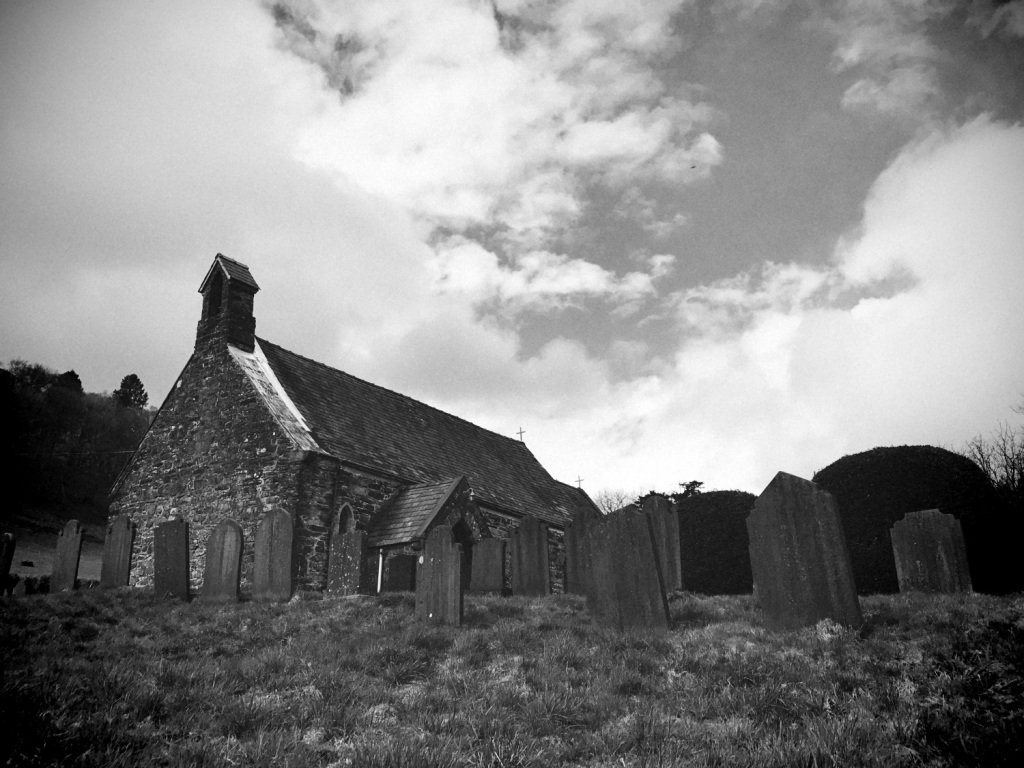 The church at Llanymawddwy, in the valley that inspired Alan Garner’s ‘The Owl Service’.

Finally, I wish I’d had longer in the valley that inspired my favourite Alan Garner novel, The Owl Service. I pottered around the village church’s graveyard, annoying a barking sheepdog with my presence. I hoped I might find the last resting place of the giant Llywelyn Fawr o Fawddwy who’s said to be buried beneath its hallowed ground, but no obvious oversized headstone (nor indeed any smaller one) stood out to me.