Last week I visited Great Livermere, just over the Suffolk border, the childhood home of M. R. James, whose father was the rector of St Peter’s Church in the village. James himself was deeply attached to Livermere, according to Michael Cox’s excellent 1986 biography, and it wasn’t hard on a rain-soaked, ghost-grey November day to see how the atmosphere of the place might have had an effect on the young Monty. 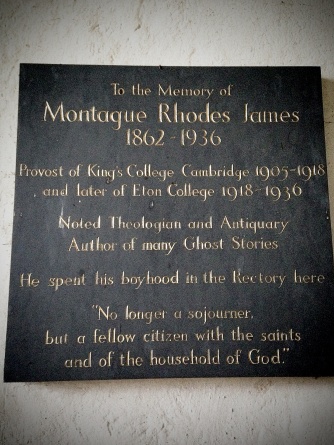 A friendly and very vocal familiar – the local black-and-white cat – came over to investigate what I was up to, before slinking back through the wet grass. 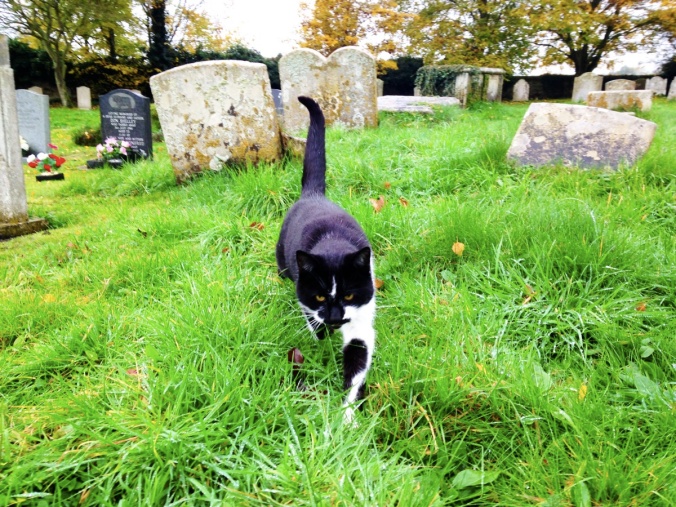 Various headstones bore suitably gothic reminders of mortality: skulls, bones and the like. Rich pickings, perhaps, for the young Monty to store away for later use? I myself felt a little like the character Viscount Saul from ‘The Residence at Whitminster’, so memorably described as “whimsical” and “given to moping about in our raths and graveyards”. Hopefully though I’ll manage to avoid the boy’s fate!

One thought on “Livermere and M. R. James”