I spent the afternoon yesterday looking around the Wellcome Collection in London. As well as all the medical curiosities and the excellent exhibition ‘Making Nature: How we see animals’, I was particularly intrigued by the various antiquarian reminders of human transience, and of the frailties of the flesh and spirit.

Here are a few rather macabre examples. 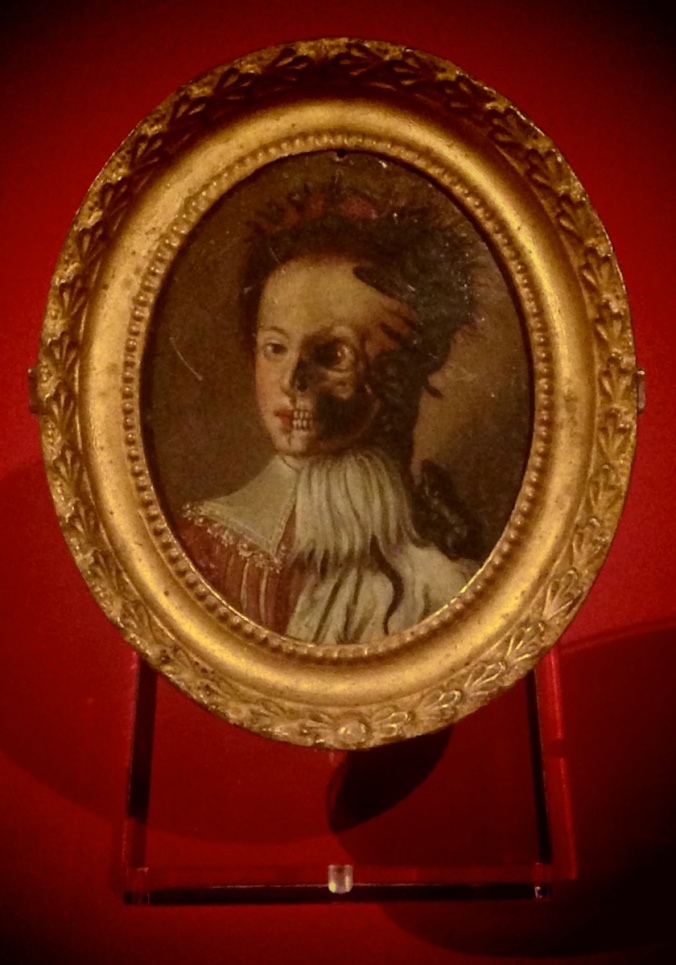 A human face: half alive, half dead. Italian, 18th century.

A mememto mori – from the Latin phrase meaning “remember you must die” – a wooden 16th-century Italian reminder of mortality. If you look closely you can just make out the worms emerging from the corpse’s stomach.

‘Life and Death’. An oil painting of unknown provenance intended as a warning against over-indulging in Earthly pleasures, and of the worthlessness of worldly things. These types of symbolic artworks are known as vanitas. See here for a fuller explanation. 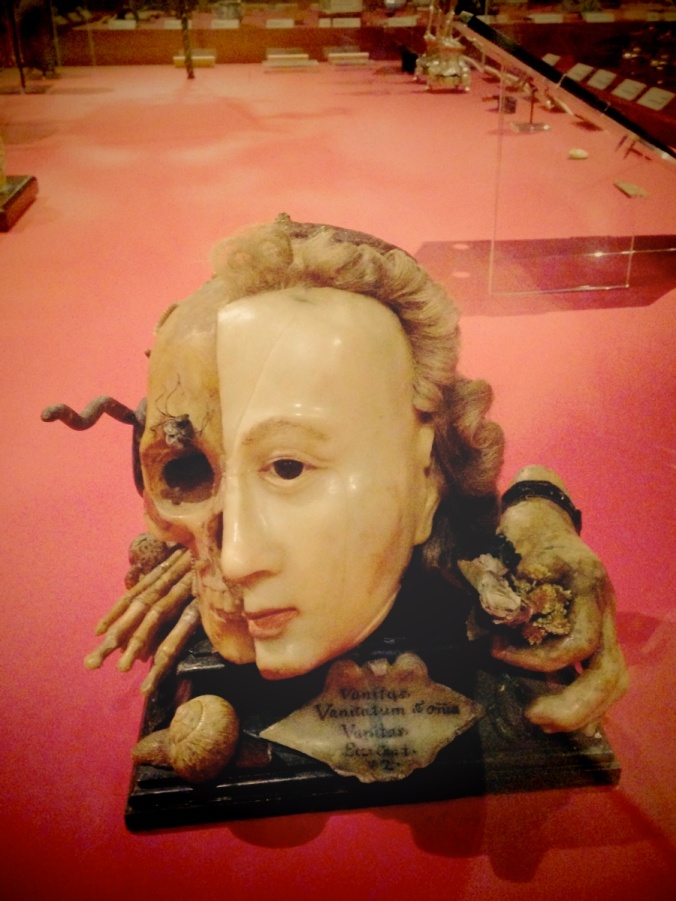 A vanitas of European origin. Dated c. 18th century and made largely from wax.